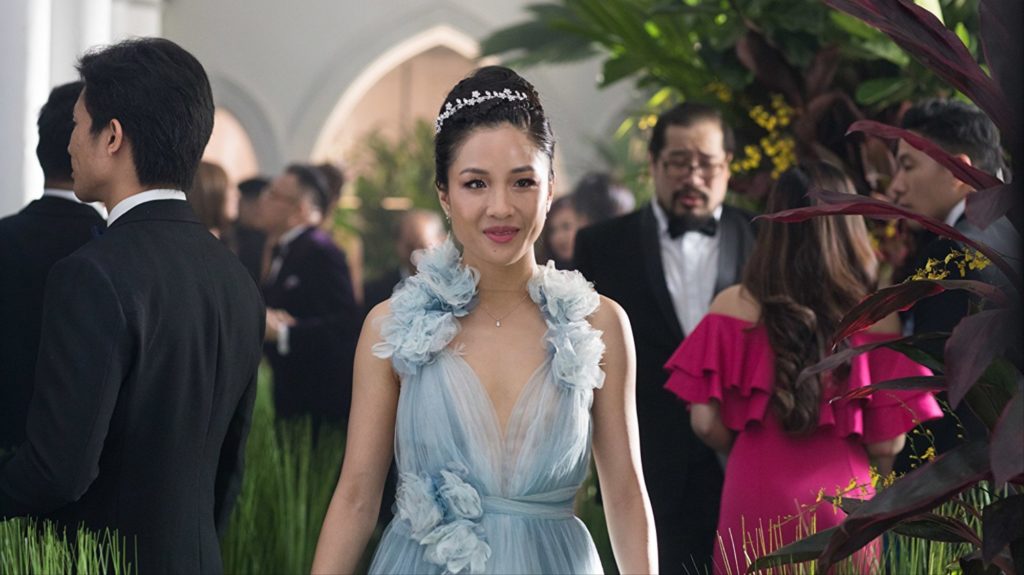 If you’ve watched the movie Crazy Rich Asians, you may recognize these words from the scene in which Eleanor Young is hosting a Bible study for rich Singaporean housewives. It’s easy to recognize the scene for what it is—an ironic commentary on the moral degeneracy of the elite class, emphasized by the worldly gossip that interposes on the Bible study. For many Asians and Asian Americans, this scene is more than just a caricature; it is a critique of something we’ve seen in our homes and churches.

Christianity has had a pervasive influence on “model minority” Asian Americans, as well as the upper class in much of Asia, including the English-speaking Chinese elites of Singapore.[1] The Asian version of Christianity, however, is often blended with pre-existing Confucian beliefs about education, family values, and self-discipline.[2] Even for me, a pastor’s kid, being Christian was less about loving my neighbor and more about being part of a wholesome community that would help me succeed and one day establish socioeconomic stability. Any individualistic pursuit that did not contribute to the ultimate goal was up for sacrifice.

“Any individualistic pursuit that did not contribute to the ultimate goal was up for sacrifice.”

This is why Eleanor disapproves of Rachel Chu, the movie’s protagonist. Eleanor fears that Rachel, a young Chinese American Economics professor, is too independent and passionate about her career to make a good wife for Nick. Eleanor, in contrast, gave up a personally satisfying career when she married a man that many believed she wasn’t good enough for. Perhaps it would surprise viewers to realize that both Rachel and Eleanor believe in the supremacy of love. But to Eleanor, passionate love is one of the “things that are on earth,” whereas sacrificial love is one of the “things that are above,” and the two are mutually exclusive.

What Eleanor has failed to grasp is that “there is no fear in love, but perfect love casts out fear” (1 John 4:18). That is, we are meant to have love, security, and freedom from fear in Christ. But in human weakness, Eleanor—even though she experienced unconditional love—continued to feel insecure and anxious, fearfully trying to guard her wealth and blessings. In contrast, Rachel has opened herself to be changed by the love that she has received and decides to exercise the kind of Christian love that puts others first, freely sacrificing instead of fearfully guarding what she has been blessed with.

Rachel illustrates this through an example of contextualized communication at its best, meeting the other party on their own terms and speaking to them in a way they can understand. Through a game of mahjong, Rachel proves that she understands more about self-discipline and sacrifice than perhaps even Eleanor does. Accordingly, although she and Eleanor need the same tile to win, Rachel picks up and then discards the winning tile, symbolic of how Rachel knows she has already won Nick’s love, but concedes to Eleanor anyway, turning down Nick’s marriage proposal.

I am not a big fan of romantic comedies, but the mahjong scene always stirs something in me. It took a couple viewings for me to confirm that it wasn’t the love story between Nick and Rachel that was making me tear up; it was the all-too-familiar generational struggle between Rachel and Eleanor, and the bold but respectful way in which Rachel was determined to make her convictions clear. She did not back down from the challenge of communication, she did not blame cultural or socioeconomic differences. Despite the secular language that the movie wraps it in, the real message here is that unconditional agape is relevant to everyone.

“the real message here is that unconditional agape is relevant to everyone.”

What Rachel does is startlingly Christian. She meets people where they’re at, respects their culture and fears, but firmly speaks the truth. As Christians, shouldn’t we embody the same? When we allow God’s love to come in and free us, we can be bold, no longer in bondage to the fears of this world. Although it is a secular movie, Crazy Rich Asians demonstrates what it might look like for Asian Americans to be strong and courageous.

And why shouldn’t we be? Asian Americans have an advantage juggling multiple identities, analyzing and adapting to different situations. Most of us have also encountered prejudice at some point, and have become wiser and tougher because of our experiences with adversity. Aren’t Asian Americans uniquely and wonderfully made to extend the truth of God’s agape in bold, but respectful ways across cultures, generations, and religions?

Shinyen Lintang is a TCK (trans-culture kid) who has lived in various places in Asia and North America. Upon graduating from Fuller Theological Seminary, she was commissioned as a missionary to Taiwan, where she trains people for cross-cultural missions and ministers to youth and emerging adults.