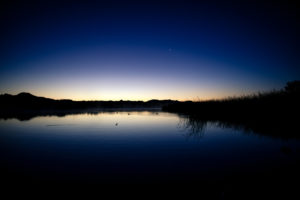 Silence is a dread to sit through. One time when I was catching up with an old friend, we found ourselves with very little to say. During those intermittent silences, something else fills in the blank: the tension in the air, the distracted hands, the stiffness on faces, the looseness of shoulders, the indifference in the eyes. I also tend to have a heightened sense of the past: Did I do something wrong? Is he holding a grudge? Was our friendship always like this? The more unstable the relationship seems, the more unsure what silence communicates. These things and more make silence terrifying, and a horror to be in.

I used to associate silence with absence — sometimes I still do. Whether text message, email, phone call, or face-to-face conversation, my face heats up and my palms sweaty during prolonged silences. I get anxious to hear a response – anything, really! -that would affirm that I was not ignored, overlooked, or disregarded. I feared that silence meant that the person was not interested; absent from the conversation or, worse, from the relationship. I felt this most often with people I admired or those in authority.

The first few times I dared to meet with professors in college were embarrassing. I stuttered and fumbled for words — tried my best to be as articulate, inquisitive, and well-learned as possible. It was obvious I tried too hard, but the professors were gracious. Their eyes were empathetic, and their words were fitting because they were attentive. They were silent not because they were absent but because they wanted me to speak and be heard.

I cannot say the same for my father. The few times he was home from work or golfing, we rarely talked, and if we did, we did not make eye contact. There was also the language barrier: at best, my Korean was elementary and his English rudimentary. Our brief conversations were about grades, colleges, jobs, and money — mainly, that I should get good grades, go to a good college, get a good job, and make good money. In actuality, these were things he would tell me — rarely, did he ask about my thoughts and aspirations. So, we had frequent silences, but these were not spaces for either of us to be heard — they were just empty and absent spaces.

Relationship should define silences; not the other way around. This also applies to our relationship with God. My great temptation with God’s silence is, however, to treat it as absence. If the God of Israel is the one who spoke creation into life, then why is the same God starkly silent with me? God’s silence is all the more horrify during times of distress. When I am desperate for a response, divine silence thickens the air and becomes heavy, despite its wordlessness and emptiness. I feared that God’s silence meant God’s disapproval or lack of interest and, therefore, God’s absence. The more I was unsure about myself and God, the more I feared those divine silences. I have tried to convince myself that God’s silence does not equate to God’s absence, but I have had enough negative experiences with silence that makes my own convincing unpersuasive. I could not pummel out negative experiences and bad theology with good theology and move on – as if it were that easy!

As God’s people, let us become experts with silences -learning to leverage and maneuver them to communicate God’s enduring presence. Instead of drowning the distressed with our words and advice, let our silence invite them to speak and to be heard.