A Call to Love, Not to Fear

Posted 07/01/2016 in Reflections on Islam, Responses To World Events

No doubt, the American public is rattled after its deadliest terror attack since 9/11. There were the Paris attacks last fall and the Brussels attacks this past April, which were perpetrated by Muslims claiming allegiance to the “Islamic State.” But those were in Europe. Still, on American soil we had a similar terror event in San Bernardino last December and now Omar Mateen, an American-born 29-year-old of Afghan descent, gunned down 49 people in cold blood and wounded at least 58 others in Orlando. This shooting was an absolute tragedy, and we continue to grieve with all those affected.

Add to that the daily news blasting out the latest atrocities committed by jihadi networks like ISIS, al-Qaeda, the Taliban (most often in competition and opposition to each other), in Afghanistan, Pakistan, Iraq and Syria. All of this is so frightening!

Homeland Security and our many intelligence agencies have done a great deal to ferret out foreign fighters and other potentially radicalized youth in this country. But after questioning Mateen in 2013, the FBI sure didn’t suspect he’d ever commit such a horrific crime. That is scary, considering that there is no discernible pattern to the radicalization of American Muslim youth.

That said, we need to keep in mind that:

1. Only after the Orlando massacre has the balance of killings by terrorists in the US tipped in favor of Muslim ones, as opposed to non-Muslim ones since September 11, 2001.

2. The American Muslim community is amazingly united in condemning terrorism (this time once again) and in reporting terrorist threats.

3. Muslims hate terrorism, in part because they are the ones who suffer most from it (between 82% and 97% of terrorism-related fatalities, says the US government).

4. Muslims are extremely diverse worldwide, but American Muslims tend to be well educated and much better integrated into American society than their European counterparts (see my two-part blog on this).

5. In poll after poll, Americans say how little they know about Islam and yet have the lowest opinion about Muslims than any other group.

How should we react to all of this as Christians? Jesus taught that the Mosaic Law was, in the end, about love of God and love of neighbor. To the Jewish legal specialist who asked him who his neighbor was, Jesus gave the parable of the Good Samaritan. If he were teaching in this country today, would he not offer the Parable of the Good Muslim? I think he would.

It is tough loving our enemies: something Jesus calls us to do. Yes, there are reasonable fears about Muslim extremists today, but why don’t we start by loving our Muslim neighbors, who overwhelmingly are proud Americans and want to contribute to the good of our society? Muslims are taking Britain by storm with their hospitality this Ramadan. We’ve offered some of that hospitality to Muslims at Fuller. Let’s all do more, because of Jesus. 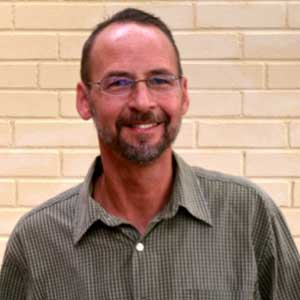 David L. Johnston is an adjunct assistant professor of Islamic studies at Fuller Theological Seminary and a visiting scholar at the University of Pennsylvania. He served for 16 years as a pastor and teacher in Algeria, Egypt, and the West Bank. His research focuses on the intersection of Islamic law and theology and on Muslim-Christian dialogue. He is the author of Earth, Empire and Sacred Text: Muslims and Christians as Trustees of Creation (London: Equinox, 2010, paperback in 2013). His forthcoming book is Justice and Love: A Muslim-Christian Conversation (Equinox, 2017). He blogs on his own website,www.humantrustees.org.