Euro-Islam and the Remaking of Global Faith

All too rarely does any discussion of Islam in Europe end on a positive note. Commonly, we hear about failures of integration, of the oppression of women and sexual minorities, and in extreme cases, the focus is on extreme acts of terrorism. The prospect that Europe could succumb to Islamic cultural domination is a nightmare that drives nativist and right-wing political parties.

Yet if Islam threatens to transform Europe, so Europe stands to have a mighty impact on Islam itself. Although Europe is home to only a tiny proportion of the world’s Muslims, these communities have significance far beyond their numbers. Quite apart from any discussion of terrorist threats, Europe’s Islamic communities are the setting for far-reaching social and cultural experiments that are already transforming the practice of faith in majority Muslim nations.

That influence has multiple aspects. Partly, migrants who travel to a new land rarely sever their ties to their homelands and families, and that is especially true in an age of easy travel by air and road. Muslims who come to Europe transmit attitudes, customs, and tastes to their homelands, where they reshape long-established patterns of culture and belief. That pattern is reinforced by the very widespread power of Western media: just look at the satellite discs that blanket the skylines in so many Middle Eastern cities.

To see one consequence of this, we note the astonishing decline in birth rates now in progress across much of North Africa, in the regions most closely tied to Europe. Surely here we see the impact of new Western-derived gender attitudes. The change is fascinating, because smaller family size in a community often correlates to long-term secularization.

Intellectually, too, Europe represents something unprecedented in the historical Muslim experience, namely a free space where believers from all nations can meet and interact. Sometimes those exchanges have produced baneful extremism and militancy, but other aspects have been far more encouraging. Believers from Algeria and Pakistan, Indonesia and the Sudan exchange ideas, and often do so in light of Western academic assumptions. Ideally, European countries could provide the same kind of role in Islamic intellectual discourse that the Netherlands played during the European Enlightenment of the 18th century.

Paradoxically, the main obstacle to progress is European governments themselves, which (we would think) have the greatest vested interest in promoting an Islam pledged to diversity and tolerance. In the name of multiculturalism and “engagement,” though, governments insist on relating to communities through a variety of hardline organizations linked to the Muslim Brotherhood, or else to foreign governments. If a French group wishes to establish a mosque for local people, the answer is “Certainly! Do you want to work through the agency connected with the Saudi, Moroccan, or Turkish governments?” It is almost as if they want to delay the coming of a new Euro-Islam, or else to prevent it altogether.

But change will come. To use an analogy some might find shocking, US Catholicism eventually transformed the Roman Catholic Church. And Euro-Islam will remake Islam worldwide. 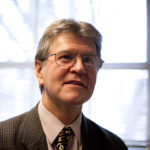 Philip Jenkins is the Distinguished Professor of History in the Institute for Studies of Religion at Baylor University. He will be speaking at Fuller’s 2016 Missiology Lectures in November.