Christian-Muslim Relations: Are Missiologists Getting Brilliant on Old Ideas?

In 1985 when I was applying to PhD programs in economics I went to one of my ex-professors for advice on universities. I told him about one of the schools I had in mind and immediately he said: “If you go to that university you will get brilliant on old ideas.” His point was that some of the universities on my list were excellent at teaching old ideas and their students who mastered such ideas were bygonely brilliant.

Sometimes I wonder if missiologists, experts on Christian-Muslim relations in West Africa, have not fallen into the rut of “getting brilliant on old ideas.” As an outsider to the field, I have had cause to ponder if some aspects of their discipline, especially its methodology, were not old ideas being continually reinvented and pursued with renewed rigor.

In my plenary address for the Missiology Lectures I will point toward a new methodology for studying mission, especially Christian-Muslim relations in West Africa. For this exercise, I interpret Christian mission as the dynamic partnership of evangelism (personal conversion), reconciliation between human beings and between humanity and God, and social transformation for human flourishing. Considered in this way, mission is always imbricated in the political processes within any society, the social basis of political competition, and the political engagement of religions. Indeed, mission in its most radical and broadest interpretation both conceptualizes and performatively enacts the processes that free people (at least, “the least of these”) from their assigned places and functions. (I am alluding here to Jacques Rancière’s notion of politics in Disagreement: Politics and Philosophy). 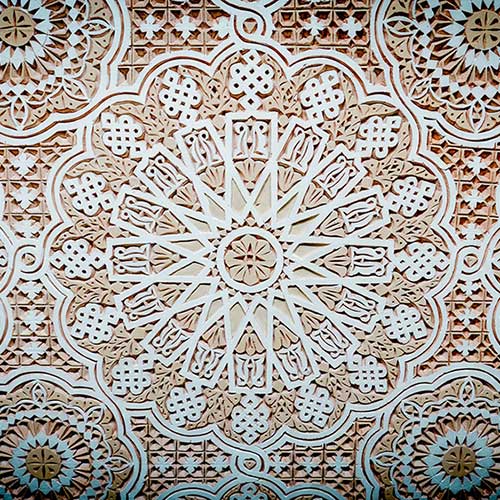 In order to deepen our knowledge of this obviously “political sociology” dimension of mission, we need to lift our gaze from theological quarrels, spectacular maneuvers, and “street fights” between Christians and Muslims (as important as they are) to the grand and longue durée process of state formation, institution building, and search for state legitimacy. This calls for a new methodology that can generate new insights.

As an alternative to the regnant models of missiology, I propose an approach (inspired by political theorist and historian Olufemi Vaughan’s scholarship) that links the intricate dynamics of Christian-Muslim interactions to the political structure and ethos of state formation. Central to my discourse is the argument that the role of religion in state-making produced the enduring patterns of Christian-Muslim relations in West Africa. Missiology is thus nudged to recognize, appreciate, or evaluate its nature as a theory of political life, how people (believers and nonbelievers) collectively live together in the light of certain normative assumptions founded on Christian Scripture, thought, and traditions.

As a “deposit” on this new methodology, my presentation will examine the impact of Christian-Muslim relations on state formation and on the creation and sustenance of rapacious state institutions in postcolonial West Africa. What is the character of the relation when we explore the forces of Christianity and Islam interacting together in one common field of state/society formation over a long time? The state in West Africa is not only a strategic site for conflicts and collaborations between Christianity and Islam, but also co-opts them to steadily attack its citizens. The significant roles of Christianity and Islam in the functioning and dysfunctioning of the state, which is antagonistic to its citizenry, provide a veritable lens to ethically examine the political theology of state and society that conditions Christian-Muslim relations in postcolonial West Africa. Thus the basic question my presentation asks and answers is this: How do the Christian-Muslim relations in West Africa shape state formation and statecraft and in turn feed from the same? These considerations will be directed toward unpacking the missiological implications of the logics of both religions intersecting and intertwining in state formation.

Readers familiar with Rancière’s political philosophy will notice that the way I intend to examine Christian-Muslim relations assumes that politics is the normative distribution of places, assigned places and functions, or the opposition between state and society; that is, about “policing” to determine what is proper and improper. I do not plan to explore his radical notion of politics as dissensus or disagreement, an irruption; disruption of normal social distribution of the sensible. Examining mission from his radical lens of politics is for another time. The important thing to note is that our methodology is open and robust enough to studying mission from his two views of politics: policing and “egalitarian suspension of the ‘normal’ count of the social order” (Rancière, Dissensus On Politics and Aesthetics, 2).

By way of reaching conclusion, let me state that my plenary address will investigate Christian-Muslim relations in West Africa not only as conditioned by the ethos of state formation, but also as a political theorization of the missiological. The methodology, content, and arguments of my address will serve notice to missiologists that the political, social, and economic institutions in which Christian-Muslim relations are embodied have to be continually studied afresh if missiology is to meet the changes that are going on in the differential articulations of power by the two competing religions in West Africa. Hopefully, this will prevent some of us (including me) from getting brilliant on old ideas. 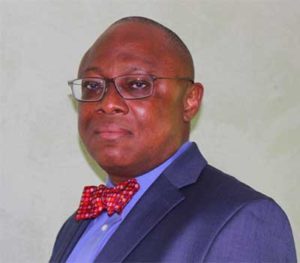