3 Provocative Questions from Planting Churches Among the Homeless

We live in an era of declining church attendance and affiliation. Most Americans today do not affiliate with any denomination or local church body, and many explain that church is simply not relevant to their lives. The stereotypical “3M” misperception of church as music, message, and money signals an increasingly distant connection to the average person in our society.

In light of this, the experience of MotelChurch in planting churches among the homeless offers some instruction and hope for the future of the church while begging several questions vital to successful church planting.

Starting as an evangelistic outreach, the precursor to MotelChurch was simply an outreach of a Southern California megachurch. Small teams of volunteers brought breakfast and friendship in weekly visits to area homeless motels. The relationships that were built were gratifying, but even more so were the decisions for Christ. What was missing in the equation, however, was a way to nurture a biblical community among the target population.

After almost ten years of weekly service, the watershed moment came one Sunday morning. One of the “guests” was moving out of the motel, after having secured a good job and collecting a couple of paychecks. The puzzling thing is that the guest was moving to a neighborhood near the motel, though they could have easily afforded housing in a more upscale area. When asked why they chose to continue living in the neighborhood, albeit in less transient accommodations, the guest simply replied, “Because this is my church,” referring to the weekly gathering in the motel parking lot. Those words were convicting, like a lightning strike straight from God, that “church” is not a building. It is not stained glass windows, or chairs or a stage or a worship team or a skilled teacher/orator or a Sunday morning exclusive. It is not something that people go to. It is something they become part of. Church is Christian community, and that community is more than a once-a-week gathering that releases its members to live alone and on their own for the remainder of the week.

MotelChurch was the response to this revelation, reshaping an evangelistic outreach into a church planting endeavor.

Do you see any correlation with the contemporary church?

Homeless people live in a far more dangerous world than those of us that enjoy more permanent housing. Homeless lives can change instantly, and generally not for the better. Living in anonymity in a low-weekly-rate, no-tell motel is not living in community. The residents in most budget accommodations are simply a collection of strangers, often not knowing any of their neighbors, even the people that live in rooms right next to them. For many, the shame and dysfunction they carry causes them to isolate. Yet while they hunger for community and a sense of belonging, they will not visit a traditional church because they have been to one before. They have no interest in becoming a Christian because they met one once. Complicating these factors, they cannot dress like the other congregants, they can’t drive to church in a car as most others do, and often they are treated like pariahs when they do try to attend.

Here’s the question: What if you could bring “church” to where the people are, rather than expecting them to go to a building?

Second question: What if you could live out real Christian community in their midst, planting a key church of Acts DNA component in their hearts?

And the third and last question: If you did those things, would the transformative power of a relationship with Jesus Christ be grasped and embraced by those in attendance?

In many ways, the homeless population is not so radically different from society in general. Because they live in the extreme margins, their lives simply amplify the everyday challenges affecting the ability of the church to meet a changing world.

All of this suggests that as our society continues to trend away from church, the answers to those three questions may offer profound hope for the church of the future.

Hang in there. This conversation is just getting started . . . 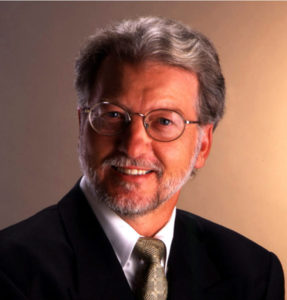 Ron Wilbur recently retired after a ten-year stint as a pastor at Saddleback Church. Wilbur founded MotelChurch in 2011 in Southern California, an effort that has now expanded to several other states, with multiple churches planted.