The older Pentecostal denominations are struggling to change. There have been about 20-40 years of the Neopentecostal movement – of charismatic renewal within the mainline Protestant denominations and across much of the evangelical church world – that the older churches connected to the Azusa Street revival in the early 1900s have not gotten on board with. Churches influenced by the charismatic renewal and the so-called Third Wave since the 1980s and 1990s are innovating and changing, and vast discontinuities are opening up between them and the older Pentecostal denominations. Some in the elder movement are growing increasingly concerned with these newer expressions, especially with discontinuities in doctrinal differences such as with statements of faith, understanding and practices of speaking in tongues, and so forth.

Pentecostal Christianity in the south has been facilitated by indigenous peoples (natives to their various regions across Asia, Africa, and Latin America). They have not necessarily embraced a western form of Christianity, but they have in some respect responded from out of their own context in ways that are more authentically themselves. These ways have shared similarities with Pentecostal Christianity. Western Pentecostals actually owe a lot to African spiritualities. Western Pentecostal spirituality is more closely aligned with, facilitates, and relates more authentically to the African soul (Pentecostalism in the West being established by a descendent of African slaves to the New World) or nonwestern non-rationalist (not irrationalist) mind.

There is a necessity for the person and work of the Holy Spirit in mission. It is actually needed in every part of Christian life, not just mission. Throughout history, Christian faith has treated the work of the Holy Spirit as extra, at best. We have carried the notion that as long as you have Jesus, that is all that is needed. This thinking however results in a neglect or even suppression of the Spirit: why would we want to get what is extraneous to faith, rather than focus on the essentials? Hence, we should suppress this distinction that marginalizes or subordinates the work of the Spirit.

Christians believe in Christ, and Christ is already the person anointed by the Spirit. We cannot have faith in Christ without the Spirit; we cannot have faith without Pentecost. We should not just live in the resurrection and ascension. We are also living after Pentecost, meaning after the footsteps of Jesus who is Christ by the Spirit, and gives of the spirit. There is no Christian life nor Christian mission without the Spirit.

There is a broad trend that is particularly vibrant outside North America and Europe, but increasingly discernable: the Pentecostalization and Charismatization of Christianity. This trend is a gradual and palpable sense of the churches here are no longer neglecting or suppressing the work of the Spirit. Even if these churches never use the Pentecostal language to describe themselves, they practice the spiritual gifts. Many of these churches call themselves “evangelical/bible believing” but are part of historic Protestant groups. In Korea they are Methodists, in East Africa they are Lutherans, and in West Africa they are Presbyterians, etc. Roman Catholics are one-third charismatic, praying for healing, practicing spiritual gifts, and doing exorcisms. Pneumatological missiology is active in the world church.

Healing prayer builds faith and helps us understand that the bodily and spiritual dimensions of our lives our interrelated; many people are healed who do not have access to medicine. Healing prayer also has the capacity to bring people together through solidarity.

However, some negative outcomes can be that people pray exclusively, and neglect to seek medical help even if they have access to it. Also, the production of healing cults and personalities of famous healers result in people relying only on those groups or that person. Lastly, it might lead people to separate the spiritual and the natural world; God can work through ordinary processes too.

Christians need to keep working on understanding higher education and science and ask the question of: “How do we understand the work of the Spirit and all of the apparently supernatural aspects of that work?” More on this next time! 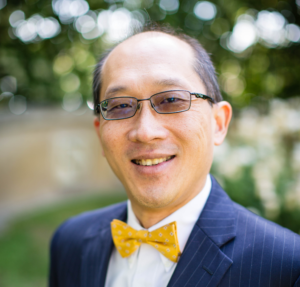 Dr. Amos Yong is the Director of the Center for Missiological Research (CMR) and Professor of Theology and Mission in Fuller’s School of Intercultural Studies. Yong’s scholarship has been foundational in Pentecostal theology, interacting with both traditional theological traditions and contemporary contextual theologies, and he has authored or edited almost four dozen volumes.