[This Advent season, Centered is sharing Asian American Christian reflections on the topic of “Advent and Empire”. Just as the birth of Christ brought peace and deliverance, we hope these entries can speak God’s truth into our times.]

Those on the edges of the empire experience its violence most brutally.

Ask Jesus, a colonized Jew who had to flee a genocidal regime and was unfairly tried by a Roman puppet leader.

Or consider Somdeng Danny Thongsy, a Lao American brother in Christ facing deportation. Daily fearing ICE might arrest him, he laments, “Initially, I was in a constant state of fear. It was consuming me; my family and friends could be taken away from me at anytime.”

Living at the edge of the American empire, Danny lives constantly on edge. Yet more than most American Christians, he yearns for and envisions the Advent of Jesus and His kingdom of peace.

From War Zone to War Zone

Throughout America’s Secret War in Laos (1964-1973), the U.S. dropped the equivalent of a planeload of bombs on this nation every eight minutes. When the CIA finally pulled out of Laos, thousands became refugees fleeing the Communist government.

Danny’s family escaped, but they were separated from his father who had to be left behind in a refugee camp in Thailand.

Refugee resettlement for Danny only meant going from war zone to war zone. Growing up in a rough, low-income neighborhood, Danny joined a Southeast Asian gang at the age of 12 for protection and acceptance. Of course, gang life only led to more cycles of violence. Another gang gunned down and killed his brother, traumatizing Danny.

A few months later, Danny came across members of that rival gang. Seething for retaliation, he shot at them, killing one and injuring another two. Danny turned himself in, but he received a life prison sentence as a 17 year old juvenile.

Paroled to be Deported

In prison, Danny immediately sought out a chaplain and learned of God’s forgiveness through Jesus. He accepted Jesus as Savior, and finally found the Father’s unconditional love and peace.  He also participated in the recovery programs, earned his Associate’s degree, and became an advocate for juvenile sentencing reform.

Because of Danny’s efforts to make restitution for his crimes, Governor Jerry Brown paroled him after twenty years in prison.

But as a refugee, Danny was still at the whims of the American empire. US law stipulates that non-citizens with felony offenses are deportable. Thus, upon the day of his release from prison, he was immediately handcuffed and transferred to an ICE detention center.

Danny reported that the ICE detention centers were even worse than his two decades in state prisons, especially since ICE prisoners have less rights as non-citizens.

Where Danny was detained, men are confined 22 hours of the day to a dorm with dozens of other detainees. With the stress of close quarters with men, fights often broke out.

Danny reports that if an Asian/Pacific Islander American got into an argument, he and the “entire group” of fellow A/PIAs had force to back him up.

After his eventual release from ICE detainment, Danny still has regular check-ins. Because President Trump threatened sanctions on Laos, the country agreed to receive deportees and Danny could be banished anytime to a country that he’s never known. He feels as if he is “living with a fatal disease, never knowing that the next day might be my last.”

Despite his lifetime of trauma and violence, of constant stress and fear, Danny’s faith offers him an overriding sense of peace and hope. He stated his conviction that Jesus is King: ”Now I’ve determined whatever happens, happens. My faith in God recognizes that nothing happens except what my Lord allows.”

Along with God’s power, Danny rests in God’s pardoning love and constant presence: “Faith isn’t about fearing,” he continued, “But love casts out fear. All the pain, the trials that I’ve gone through– even to this day—has grown my faith. God has been there, and He’s going to complete me.”

At the edge of the American empire, Danny has a clear vantage of how the Prince of Peace might make things right.

Seduced or Sated at the Center of the Empire

As an Asian American professional, I’m closer to the center of the empire, enjoying its placid peace. My temptation is to be seduced or sated by the empire’s false security.

Subsequently, I’m too busy or too comfortable to be inconvenienced by stories like Danny’s.

That’s why God warned Israel early in their history about the self-satisfied dangers of wealth and power: “Beware lest you say in your heart, ‘My power and the might of my hand have gotten me this wealth.” (Deuteronomy 8:17)

Likewise, Jesus contrasted those who hunger and thirst after righteousness with those who are complacent in their lifestyle: “But woe to you who are rich, for you have already received your comfort.  Woe to you who are well fed now, for you will go hungry.” (Luke 6:24-25)

The allure of power and wealth is why another Danny—Daniel in the Old Testament—sought to live simply and refuse King Nebuchadnezzar’s royal food and wine. He resolved not to be defiled, and instead remain devoted to God and His people.

Advent of the Prince of Peace

This Advent, Jesus lights the way from the darkness of our present empire to His better kingdom. As our Prince of Peace with “the government on his shoulders,” he offers both true security—as Danny knows—and lasting well-being.

My friendships with Danny and other church family members on the edges remind me of the entire creation is groaning for a new kingdom instead of this empire.

During the long nights of the season, let us daily pray, “O come, o come Emmanuel! May your Kingdom come, Your will be done!”

To support the movement to get Danny Thongsy a pardon from Governor Newsom, visit https://www.facebook.com/pg/stand4danny/posts/

Dr. Russell Jeung is a leading sociologist of Asian Americans, race, and religion. He is Chair and Professor of Asian American Studies at San Francisco State University. His spiritual memoir, At Home in Exile: Finding Jesus Among My Ancestors and Refugees Neighbors (Zondervan 2016), shares his experiences living among foreigners and the poor. 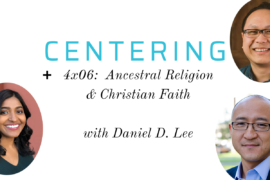 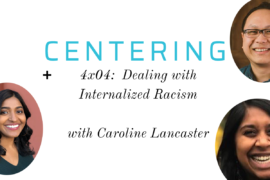 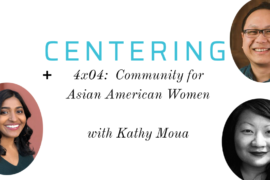