[Content warning: This devotional article recounts a journey to healing from depression and PTSD. It includes a mention of sexual assault.] 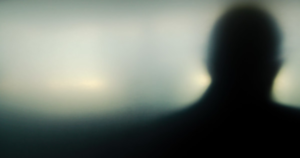 In 2016 I suffered an abysmal depression brought on by a combination of circumstances. A Vietnamese American
son of refugees, I was pastoring in a white evangelical context which promoted an anti-immigrant/refugee polemic. As a result, I felt marginalized, which only served to  heighten a sense of loneliness. Being a lead pastor in my late 20’s certainly complicated matters—I found myself struggling with constant feelings of inadequacy. Every Sunday I prayed fervently, mustered up my remaining bits of energy, faked a smile, and attempted to preach some sort of uplifting sermon. Beneath it all, however, I was alternately enraged and downcast. My mental health and marriage became collateral damage. I even incurred an agonizing stomach ulcer. I was slipping back into unhealthy habits. Needless to say, I knew something had to change.

“I knew something had to change.”

Nervously, I reached out to a therapist named Tim Zavala. Coincidentally, he also specialized in trauma. Tim spent three months assessing my depression and equipped me with helpful cognitive behavioral tools to manage my condition. More importantly, Tim worked to identify the root of my woundedness. One day, with empathetic eyes, Tim tenderly but jarringly remarked, “Thien, you have severe PTSD. On a level of 1-10, you’re an 8.” Evidently, my depression and sorrow were symptoms of deeper wounds which I had been evading for decades. I thought to myself, “No way! I know I’m depressed, but I’m pretty much FINE. I’m a pastor. I’m married. I’m an excelling grad student—I’m fine!” However, here’s the problem: if I was “fine,” then why I wasn’t flourishing? In reality, my unacknowledged woundedness kept me from embracing God’s shalom amid my pain.

“I know I’m depressed – but I’m pretty much FINE.”

In his book The Wounded Healer, Henri Nouwen astutely remarks that one of the most significant challenges of navigating pain is “living through our wounds” (109). For me, this task felt unbearable. Alas, evading our woundedness enables it to fester. Sure we can survive, but will we thrive? Being “fine” doesn’t mean we’re operating from our fullest potential as God intended; it simply means we’ve become adept at deceptively repressing our pain. Of course, the consequences can hinder our wellbeing.

Through therapy, Tim helped me confront the source of my emotional pain. I don’t say this lightly: it was the most grueling undertaking I’ve endured. Therapy forced me to own and confront my family history of sexual abuse and emotional abandonment. For months, I spent every session miserably reliving my trauma, i.e., a trusted family member sexually touching me as a boy. Together, Tim and I unpacked my perceived lack of self-worth, my rage, and my addictive tendencies, which I learned were inextricably linked to my trauma. We made explicitly visible every sore memory and negative belief. As a result, I left each session feeling emotionally raw. I experienced night terrors week-after-week. I even contemplated quitting therapy, but I was too stubborn to surrender. Finally, at the end of my year and a half long journey, I felt a kind of reprieve. I felt released from the shackles of my trauma.

I’ll never forget this comment from Tim: “Thien, you’ve been severely traumatized, but I’m astonished by the man you’ve come to be. More importantly, your resiliency is a testimony of the God who lovingly works through you.” Tim’s sentiment echoes Nouwen’s posture on woundedness: “Making one’s own wounds a source of healing…call[s] for a constant willingness to see one’s own pain and suffering as rising from the depth of the human condition which all men share” (Nouwen, The Wounded Healer, 88).

From the deepest depth of my woundedness was where I encountered God’s most transformative healing activity. By exposing our woundedness, we have the opportunity to lament our misery and entirely give it to God. In Braving the Wilderness, Brene Brown profoundly says, “Never underestimate the power of being seen—it’s exhausting to keep working against yourself when someone truly sees you and loves you” (Brown, 17). Digging deep and owning our pain reminds us that Christ sees all of us and still loves us. Furthermore, Christ gives us a wholly new way of seeing ourselves: who we are isn’t rooted in our woundedness, but rather in who God is. That is, in a world woefully rife with tragedy and chaos, God is the only constant. We can’t escape pain, but we can lament it and long for a reality wherein God’s shalom is fully realized.

Though the problems in my pastoral context never changed, I was nonetheless at peace. Certainly, I picked up helpful tools to cope, but I was also able to unhitch personal woundedness from the challenges incurred from ministry. Healing is a long process, but may we all receive God’s shalom amid our pain.

Thien Dang is a 2nd-generation Vietnamese American who was born to poor Vietnamese refugees. Growing up in West Fresno, he battled with severe poverty, street violence, and addiction. Thien found God's healing love at 18 and now pastors young adults in California's Silicon Valley.